Tuesday. The red-headed stepchild of the work week. (No offense to redheads, stepchildren or work days.) If anything can make me insane, it’s Tuesday. Here are the things driving me crazy today: 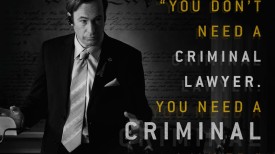 You are now free to carry on with your wonderful Tuesday. And by wonderful, I mean not wonderful.

Didn’t we just survive Tuesday one week ago? It’s back already?

There are only two ways to keep it together on Tuesday: 1) Go back to bed, or 2) hear me whine about what’s driving me crazy today.

(You had one thing to do, zipper.)

There. Now you can go back to bed!

I hope you crack your shins on the coffee table of life.

Here are the things driving me crazy today:

(When is the Quidditch World Cup?)

(Just waiting for Tom Sawyer to paint my eyelashes.)

Maybe next Tuesday will be great!!

Ah, Tuesday. That day between Monday and Wednesday that is as obnoxious as a 2-year-old with a megaphone. Besides having to get out of bed this morning, here are several other things driving me crazy today: 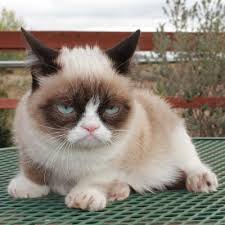 *I will gladly fork out $15 for the last pomegranate.

Another Tuesday has rolled around, and like all Tuesdays, I just want to sleep until it’s over. If I get out of bed, something bad will happen. I’ll break my toenail, get an unexpected bill in the mail, misplace the dog or end up dangling off a cliff somewhere in the Andes. 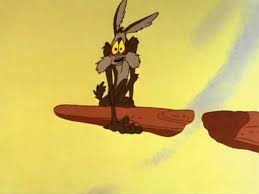 (How did this happen? Oh, right. It’s Tuesday.)

No matter how my day starts, by Tuesday night I’m a heap o’ mess.

So I’ve created a list of reasons I can stay in bed today–guilt-free! (Or as guilt-free as a mother/wife/employee can ever stay in bed without a terminal illness.)

Ah, Tuesday. That horrible day between Monday and Wednesday that comes around every seven days. The day I get irked more than any other day of the week. Here are things making my crazy list today:

(How ’bout we choose our elected officials “Hunger Games” style?)

On Tuesdays, things seem to perturb me much more quickly. No reason. Just Tuesday.

Everyone whines and whines about Mondays–but anyone with sense knows the worst day of the week is Tuesday. If the end of the world happens, it will be on a Tuesday. Guaranteed.

It’s never a day off work, never a “hump” day and never part of an extended weekend, unless that Monday-night party left you incapacitated.

1. It’s considered the second day of the week. And everyone knows that “second” really means “first loser.” It should be called Luesday.

2. Monday is all busy emails, busy phone calls, busy deadlines. Tuesday is all “Oh, it’s not even CLOSE to Friday yet.” In fact, it’s about as far away from Friday as you can get.

(No matter which way you go. Friday is too far away)

3. Because of THIS definition of Tuesday from Wikipedia (“Wiki” being derived from Latin for “confusing” and “pedia” meaning “full of s***”). “The English name is derived from Tiwesdæg and Tewesday, meaning “Tīw’s Day”, the day of Tiw.” WTF??

4. Tuesday is election day in the U.S. where we elect wealthy government officials who will eventually screw us over for their own best interests. If we had election days on Wednesdays, that wouldn’t happen. 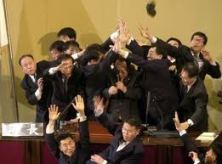 (This is all Tuesday’s fault.)

5. There are no good songs about Tuesday. Do you know why? Because Tuesdays suck. Here are some memorable Tuesday song lyrics:

I rest my case. ‘Nuff said.