It’s finally here: Election Day 2016. The day dawned like any normal Tuesday, which means it sucked from the get-go. Of course it’s gone steadily downhill.

We’ve endured it all.

Hillary’s the Antichrist. Secretary Clinton with her emails and evil foundation with world leaders in her pocket; with her disingenuous smile and faux love for all mankind. 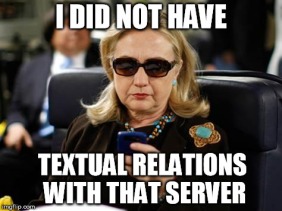 Trump is the Angel of Darkness. The Donald with his oozing smarminess that he smears on the general public like a rash ointment; his dramatic, racist and misogynistic speeches that border on incomprehensible at best and horrific at worst. 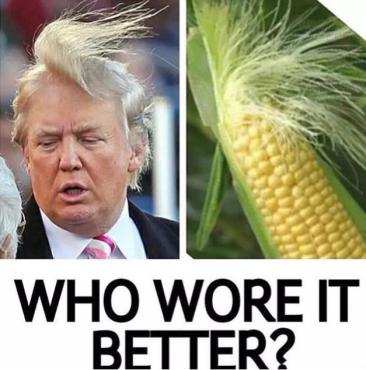 Which of these “leaders” will represent America for the next four years? Which one will set policy, host foreign dignitaries and uphold the rights of ALL Americans? Is it too late to start over?

We can turn this horror story of an election around as people across the country come together to heal the division and bridge the racial chasms in the U.S. Or we can continue to bitch about the situation without lifting a finger to change anything–including our own actions.

You see, it’s really not about Trump vs. Clinton. It’s about the populace joining forces despite the anger and rhetoric that has permeated this election.

I’m just one voice. But so are you.

After seeing the choices, it’s up to us.