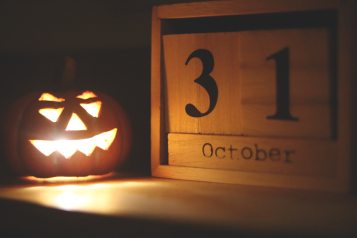 We all know Halloween is funded by Big Dental to create more cavities but it’s also true that Halloween traditions started long before lobbyists destroyed the planet. Black cats, pumpkins and ghosts existed at least 50 years ago, and probably longer.

So how did Halloween customs get started? Lucky for you, I researched this topic on the Internet contraption.

Did you know Bobbing for Apples was actually a dating game in ancient Rome? Kind of like Tinder, only with more drowning.

My elementary school did a dry version called Bobbing for Marbles. Teachers filled a plastic pool with flour and mixed in a few dozen marbles. We had to use our mouths to find the marbles. The two most likely outcomes were a) Inhale flour and die or b) Inhale a marble and die. Not even joking here.

Jack-o’-lanterns have a weird backstory that involves a guy named Stingy Jack, the devil and wandering spirits. I guess ghosts are afraid of gourds and root vegetables.  Who knew? Originally they used turnips, not pumpkins, but who’s ever heard of a turnip spice latte? So they had to start using pumpkins.

Costumes date back to Biblical times when Jacob dressed up as his brother to trick his blind father into giving him keys to the donkey. It was also the first trick-or-treat on record.

When I was a kid, costumes included plastic masks, made from asbestos and glue, that would slowly asphyxiate you if you didn’t walk into a ditch first because you couldn’t see s*** through the pinpoint eyeholes.

Bats get a bad reputation. They’re not inherently evil, except for vampire bats that turn into the bloodsucking undead to hunt humans for food and eternal life. But originally, people would sit around bonfires (the 1780’s bug zapper), wishing for things like penicillin and electricity. The fires would attract insects and the insects attracted bats and people freaked out. As we are wont to do.

Handing out candy has several origin stories, including buying off zombies with snacks, bribing the dead, and kids going from house to house asking families for dinner because they didn’t want to eat what their mom had spent hours making for them because they’re ungrateful little . . .

Here’s what my Halloween bag contained when I was a kid: 8 dozen rolls of Smarties, 17 types of rock-hard bubble gum, 38 Bit-O-Honeys, 422 Pixie sticks, 25 pounds of saltwater taffy, 14 spider rings and one mini Snickers bars. It was the ‘70s. Don’t judge. 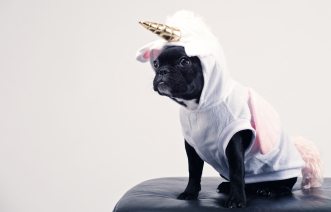 One element of Halloween remained a mystery to me. When did we think dressing dogs in tutus was a good idea? I assumed the whole pet costume fiasco was started by rich, white girls with too much time and money. Turns out, in the 19th century, dog costumery was a thing – with the animal fashion industry churning out traveling cloaks, silk jackets, tea gowns and . . . wait for it . . . dog bikinis.

What Halloween traditions do you observe? Knife throwing? Handing out real goldfish to trick-or-treaters? You never know what your customs will become centuries from now.

Whatever you do, don’t sell your candy to a dentist. Big Dental just sells it back to grocery stores to reuse for the next Halloween.

Originally published in the Davis Clipper

In less than three weeks, it will be Halloween. You’re running out of time to plan an unforgettable, totally unique Halloween party that will set you apart from all the boring sugar cookie decorating and pumpkin carving celebrations.

Please. You’re better than that.

If you’re having a hard time coming up with a unique theme for your Halloween Hullabaloo, I’ve done all the thinking for you.*

Charlie and the Chocolate Factory: This terrifying moral tale was meant to teach kids to avoid gluttony, greed, pride, sloth, etc. As young Charlie Bucket watches his fellow factory adventurers fall in the traps of the insane chocolatier, Willy Wonka, we learn . . . ummm . . . candy is made from children?? Add creepy Oompa Loompas and you’ve got the makings of one cocoa-crazy party. 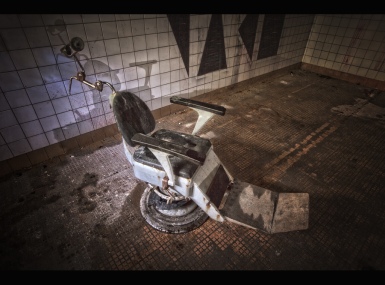 (Looks sanitary to me. Open wide.)

Sesame Street: Imaginary woolly mammoths, 10-foot birds running amok, green monsters jumping out of trash cans, a red furry creature screaming, “Hug me!”, a vampire count with no concept of personal space, creepy puppets just waiting for someone to shove a hand up their spine—just a normal day on Sesame Street. But a super creepy party theme.

Junior High School: Tap into those repressed fears of being clumsy, inadequate, sweaty, stupid, terrified, alone, mocked, left out and smelly. Turn your kitchen into a junior high lunch room, complete with a “cool-kids-only” table and extra sloppy sloppy Joe’s. Hand each child a pop history quiz and tell them they get no treats until they answer everything correctly. No cheating, dammit! 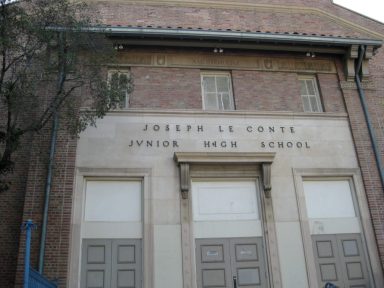 Hospital Waiting Room: Arrange uncomfortable chairs around the edges of the room. Toss in a few Popular Mechanics magazines from 1998 and a handful of STD pamphlets. Hang a broken clock on the wall. Hand party goers novel-length medical forms to fill out because the hospital has updated its medical records system again and needs all your information in triplicate. Have someone constantly sneeze without covering their nose/mouth.

*This pre-thinking service is available for only $99. If you call today, you get a second one free.