I feel like I’ve missed something. Admittedly, I often feel like this since I’d rather spend my life reading books than interacting with humans, but the furor around this issue leaves me flummoxed.

Recently, the Obama administration told schools to allow transgender students to use the bathroom that matches their gender identity.

Not so fast, common sense. It seems many people in this country received common sense vaccinations, rendering it impossible for them to behave like rational people. So, they scream and freak out, saying Obama has given permission for pedophiles and perverts to access the saintly vault of women’s bathrooms.

Officials in 12 states, including quick-to-be-stupid Utah, are huffing and puffing and stomping their feet, and suing the White House because they feel the issue should be decided “by the states.”

(Actually, yes, he is the boss. He’s the President. Of. The. United. States.)

There have been transgender people using bathrooms in America for decades and it’s never been a problem that I’m aware of (refer to paragraph 1.) So why now?

These aren’t people going into bathrooms with video cameras strapped to their shoes. This directive doesn’t allow the school’s quarterback to barge into the ladies room and kick open doors. It doesn’t grant approval to men to dash through the women’s water closet, giggling and running from stall to stall, peeing on the toilet seats.

Nope. All of that is still not allowed, crazy people.

This White House ruling was meant to foster non-discrimination across the country, and will affect less than 1% of ‘Merica’s population. In fact, .03% of the population are considered transgender, with most of those people undergoing gender transition procedures.

Obama’s hope is that these students can be treated fairly without being discriminated against. So, remind me again why people have their panties in a bunch? 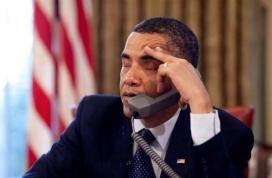 Would it bother me if a transgender person used the stall next to me? Nope. I wouldn’t even know. They are normal people, just trying to get through their day with as little stress as possible. Being worried about where they can pee shouldn’t even be a concern.

Does this mean you shouldn’t worry about your children being alone in the bathroom, or you don’t need to keep an eye out for Willy the Weirdo peeking over the stall? Of course not. But odds are it won’t be a transgender person doing the lawbreaking.