With the box-office success of the badly-dialogued Battleship, I thought I’d give board-game-based screenplay writing a try. (Vote for your favorite. I’ll write it, submit it to Hollywood and watch the cash roll in. Mwahahahaha!)

Operation: A medieval doctor with a drinking problem operates on patients without anaesthesia. (Well, the patients aren’t anesthetized.) Since Hugh Laurie is out of work, I think he’d be a perfect lead.

Aggravation: An easily-irritated man commutes to work on the CA-91 in Los Angeles. His one-hour, “lost-footage” adventure is highlighted with profanity, bouts of crying and lots of inane one-liners like, “Stop tailgatin’ me, punk!” Starring Mel Gibson or Ron Artest.

Cootie: A loser high school student has an unfortunate accident involving a nuclear reactor and a flea (details are vague). He spends the rest of the movie trying to understand his new superpower of repelling girls, wondering why his dog has stopped loving him.

Sorry!: Follow the dark path of state senator Sleaze McGee. See him caught in a bribery scandal. (Sorry!) Watch him get wrapped up in a prostitution sting. (Sorry!). See him explain his $15,000 all-expense-paid trip to Barbados with his intern, Rodney. (Sorry!) Watch him tell his wife he wants gender-altering surgery. (Sorry!) What? Too real?

Hi-Ho! Cherry-O: A group of illegal immigrants travel from farm to farm,  picking cherries to support their families. Good times, bad times, funny times and poignant moments. TWIST: At the end they find out they were legal the entire time. Hahahahaha! 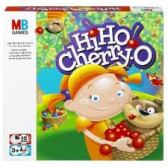 (A Mexican-American Grapes of Wrath.)

Mr. Potato Head: Adam Sandler stars as a zany banker with a big head and removable body parts. He spends the movie looking for his lost penis. Oh, wait. I think he already made that movie.

Memory: Set in an assisted living center, this dramedy follows a group of wacky, early-dementia patients and their brouhahas. “Where did we get this Lincoln Continental full of champagne?” “Where did we leave Daniel’s oxygen tank?” “Where’s my underwear?” (Possible leads: Bruce Willis, Helen Mirren, Morgan Freeman and a hologram of George Burns.)

Jenga: A group of sneaky politicians slowly build a wobbly tower of corruption that eventually collapses when political pundits knock it over with Tinkertoy bombs.

(Jenga is Swahili for “to build.” Not kidding. Look it up)

Mad Gab:  A movie-ized version of Fox News. I know. It might be too scary.

Pictionary: A group of husbands spend an evening explaining the plot of several action movies to their wives. Chaos ensues as the men illustrate the finer points of The Expendables and Inception. The wives, who already understand the plots, go to dinner.

Barrel of Monkeys: A group of mutant kindergarteners take over the country, flinging poo and destroying city after city. This movie was originally called Congress.

Trivial Pursuit: A young man falls in love with a woman who is in love with someone else. Several misunderstandings. A potential relationship-ending fight. A montage of their favorite moments (accompanied by the song “Almost Paradise”). After a final series of mishaps, they get married in an unconventional way. (This could also be called Every Rom-Com Ever Made.)