Zombies are the it creatures this year. If you’re going to be creepy–zombie is the way to go. But sometimes you work with people who beHAVE like a zombie but you’re not quite sure if they’re actually infected. They tend to look dazed, unfocused and have a tendency to drool–but is that just the way they are? Or could they be an actual zombie?

(Did your co-worker attack a pit bull on the way to work, or is he a zombie?)

Why take a chance? Here’s a list of warning signs that your co-worker, either male or female, could be a flesh-eating, reanimated corpse: 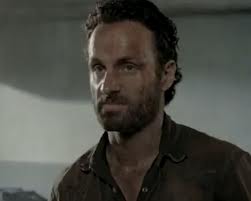 (Better hide, Rick. My lazy-ass co-worker is after you. You should be fine.)

Now, I realize that this behavior can describe many humans, including teenagers, but be careful because you never know when you’ll look up and stare into the eyes of the abyss. No, not your boss. A real-life, or real-dead, zombie. Carry a blunt object just in case–and aim for the head. Stay careful, my friends.