I’ve never been one to follow fad diets. I like food too much to limit my choices to cabbage, grapefruit and a toxic drink of lemon, maple syrup and cayenne pepper. I’m pretty sure that’s a mixture they use to waterproof asphalt.

So when I was diagnosed with an autoimmune disease in 2016, the idea of taking my favorite foods off the table was . . . well . . . off the table.

My doctor insisted I’d feel better if I stopped eating gluten. I laughed and told him I’d never be one of those people who badger waiters about menu ingredients, scour Pinterest for gluten-free cookie recipes or bore friends to tears with a recap of my gluten-induced misery.

I was in denial for several weeks but after a trip to New York where I gorged on pizza, bagels and, basically, bushels of gluten, I ended up in a bread coma. I went off gluten cold turkey, which is pretty much the only thing I can eat now.

My husband has been super helpful as I’ve transitioned to a life of wheat-less sadness. He chokes down gluten-free pizza and cookies without acting like I’m poisoning him (usually), but when I suggested making gluten-free onion rings, he clenched his jaw so tight his ears started bleeding. I heard him sobbing later in the bathroom.

Changing my own diet is one thing. Changing my family’s traditional Thanksgiving favorites is another. Everything about this holiday is a freakin’ gluten fest. You have dinner rolls, gravy, pie crust, carrot cake, Ritz crackers with spray cheese, and stuffing (which I don’t mind skipping because it’s a disgusting garbage of a food).

I experimented with gluten-free pumpkin muffins that had the consistency of ground up snails. Even my dog wouldn’t eat them. Well, he ate them because he’s a Lab and he eats everything; but he whined the whole time.

And what do you call gluten-free brownies? Mud.

Why is gluten only found in foods that are delicious, like waffles and cinnamon rolls? It would be so much easier to avoid gluten if it was just in cottage cheese, foie gras or earthworms.

At least I live in a time where gluten-free products are available. Ten years ago, people going gluten-free could choose between kale chips or toasted particle board. Granted, most gluten-free products still taste like you’re chewing on a handful of toothpicks, but with new flours available, like amaranth, chickpea and cricket . . . never mind. It’s still terrible. 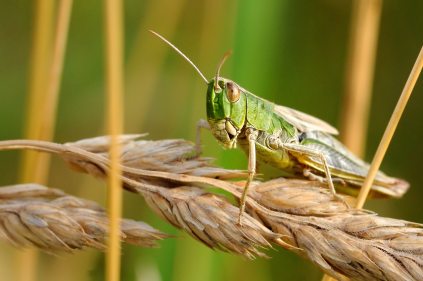 I could have gone my whole life without knowing things like kelp noodles existed. Which brings me back to Thanksgiving.

I realize the irony of me whining about what to eat on Thanksgiving—a day dedicated to gratitude and abundance. So as I’m sitting at the table, nibbling on dry turkey breast and jerky breadsticks, I promise to be grateful for all the things I CAN eat, like cabbage and grapefruit, and even lemon, maple syrup and cayenne pepper. Just not mixed together.