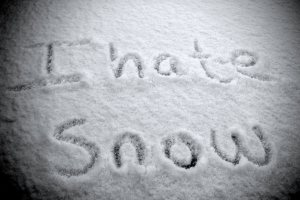 Unfortunately, I live in Utah. Also, unfortunately, Utah tends to attract snowstorms (and crazy religious zealots). Here are the stages of snow acclimation:

October/November: After experiencing a month of frost-covered lawns and withered vegetables, the first real snow of the season lands in the valley. You wake up–and it’s just there, sneaking onto lawns while you were sleeping. Ringo the Dog likes this snowstorm. He comes bursting in through the doggie door to tell us about it. Dismal Level: 3

December: This is the only month when snow is acceptable. Period. And it has to be the big, fluffy, soft snowflakes that fall and land gently on your tongue before dissolving into a cotton-candy-ish residue. These gentle snowfalls are accompanied by Christmas carolers, brightly wrapped gifts and sugar cookies. Cozy Level: 4 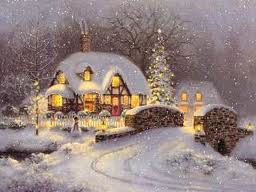 (If you listen closely, you can hear sleigh bells.)

January/February: Any snowstorm during this time is met with a WTF?!? level of craziness. I’m not sure why. I mean, it happens every year. These storms bring hard-as-hell snow “flakes”–more like snow “grenades.” Blizzards, white-outs, ice storms, frozen roads.  I spend two months living in hoodies and fleece blankets. Everyone whines about the snow, the cold, the inversion, etc. Dismal Level: 75

March: This bleak time of year is when snow melts to slush, refreezes and creates concrete-style bricks of ice along sidewalks, driveways, roads and porch steps. Everything is grey. Everything is cold. And if this continues past mid-March, people get really grumpy. Dismal Level: 94

April/May: Snow during these months should be considered illegal–and all residents should remain in their homes until the sun shines. Rain/snow/slush combinations are just dreary. Tulips, daffodils, crocuses–all the pretty flowers get buried in snow. They usually just give up at some point. Dismal Level: 228 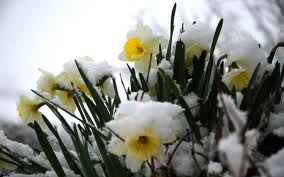 So, the snow-free times to visit Utah are June through August. Although it has snowed in June. And there was skiing on The Fourth of July a couple of years ago. Just keep mittens in your glove box at all times.

6 thoughts on “Stages of Utah Snow”