I blame Love’s Baby Soft for destroying my archeological career. Up until I started spritzing the perfume popular with the seventh-grade girls in my class, I’d never given any thought to how I smelled. My mom was lucky to get me to shower, yet, here I was, dousing myself in baby powder-scented toilet water. 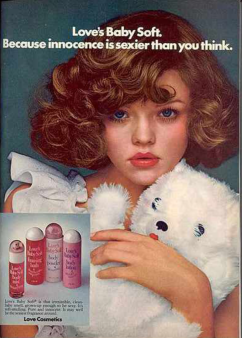 The perfume’s slogan should have been a warning, “Because innocence is sexier than you think.”

Seriously? Who came up with that? Hustler magazine?

My mom saw the signs and tried desperately to distract me. Basketball practice. Dance lessons. Piano lessons. But it was too late. I’d discovered this scent could lure 12-year-old boys to my locker better than a steak sandwich (which I also tried).

But this wasn’t me! I didn’t care about boys! I had planned a life of adventure!

In first grade, I decided to become an author. I read “The Little Princess” until I absorbed the ability to write through osmosis. I spent the day in my room, penning stories and jotting down poems then submitted my siblings to “a reading” where I’d share my work and they’d complain to mom.

Becoming Nancy Drew was my second-grade goal. I was ready to uncover ridiculous clues to break up the den of bank robbers living somewhere in Murray, Utah.

As a third-grader, I checked out library books so I could learn hieroglyphics. When the call came to go dig up tombs in Egypt, I’d be ready. I would trek near the pyramids, wearing khakis and a cute pith helmet, encountering mummies and warding off ancient curses.

Fourth and fifth grades were spent honing my dance skills. Ballet, tap, jazz, hokey-pokey – I did it all. I’d practice every day, secure in the knowledge I’d perform on Broadway. Or at least the Murray Theater.

In sixth grade, I discovered Paul Zindel’s “The Pigman” and my desire to write returned full-force. It was decided. In the future, I would be a writing, dancing, detective archeologist who spent equal time on the stage and the Amazon rainforest.

Suddenly, I wanted to smell good. I became obsessed with every pimple, every pore and studied the beautiful girls who made glamour seem effortless.

I read teen magazines. I learned I needed glossy lips and thick eyelashes to attract the opposite sex. (I tried to no avail to create the perfect cat’s eye, which turned out fine because I’m not a cat.) I had bangs so high and hairspray stiff, they were a danger to low-flying birds. 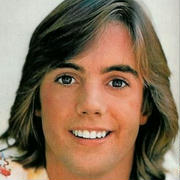 I fell in love with Shaun Cassidy, which was crazy because, as a writer, how could I marry someone who sang “Da Doo Ron Ron”? Those aren’t even words!

I earned money for Levi’s 501 button-fly jeans and Converse shoes. I bought Great Lash mascara, with its pink-and-green packaging – and Love’s Baby Soft.

Sure enough, the glossy, smelly trap I’d set began attracting boys who were just as confused as I was. Just last summer we played baseball in the street and now we circled each other like strangers, unsure of what the hell was going on. Hormones raged.

Thanks to the distraction of the opposite sex, I never deciphered hieroglyphics. I never performed under the bright lights of a New York stage. I was never asked to solve the Mystery of the Secret Bracelet.

I blame Love’s Baby Soft. If it hadn’t been for that innocent aroma, I’d be a world-renowned expert on ancient Babylonia, accepting Tony awards for my depiction of Eliza Doolittle.